Can we just ignore the date of this post please? I know it's almost April & Uriyah's birthday was in December but I lost all energy at the end of last year. No judgements!

Another year went by as fast as I could plan it and now Uriyah is 9! This birthday was the year that he was finally able to have a party with invites to all of his friends. The party took place on his birthday and I had it planned out as much as I could considering I was about to have 6 boys going crazy in my house!

It started with the invite and Uriyah made it crystal clear that he wanted a gamer party. I thought it would be cute to design the invite to look like an event ticket and was inspired by this design. Times like these I love that I have a background in graphic design. I really wish I knew how to make a template so I could offer this up as a download :( I had to print these out at home because of copyright (Mario/Nintendo) which was kind of a pain but anything for the boy!

Decor came next. This was easier than I thought. I found a site that offered large images to print out and I made the banner using Microsoft Publisher. I didn't have time to get it printed professionally at Kinko's so I printed the banner out at home on many pieces of copy paper and put it together puzzle style. That was a major pain in the arse and I highly suggest against it! 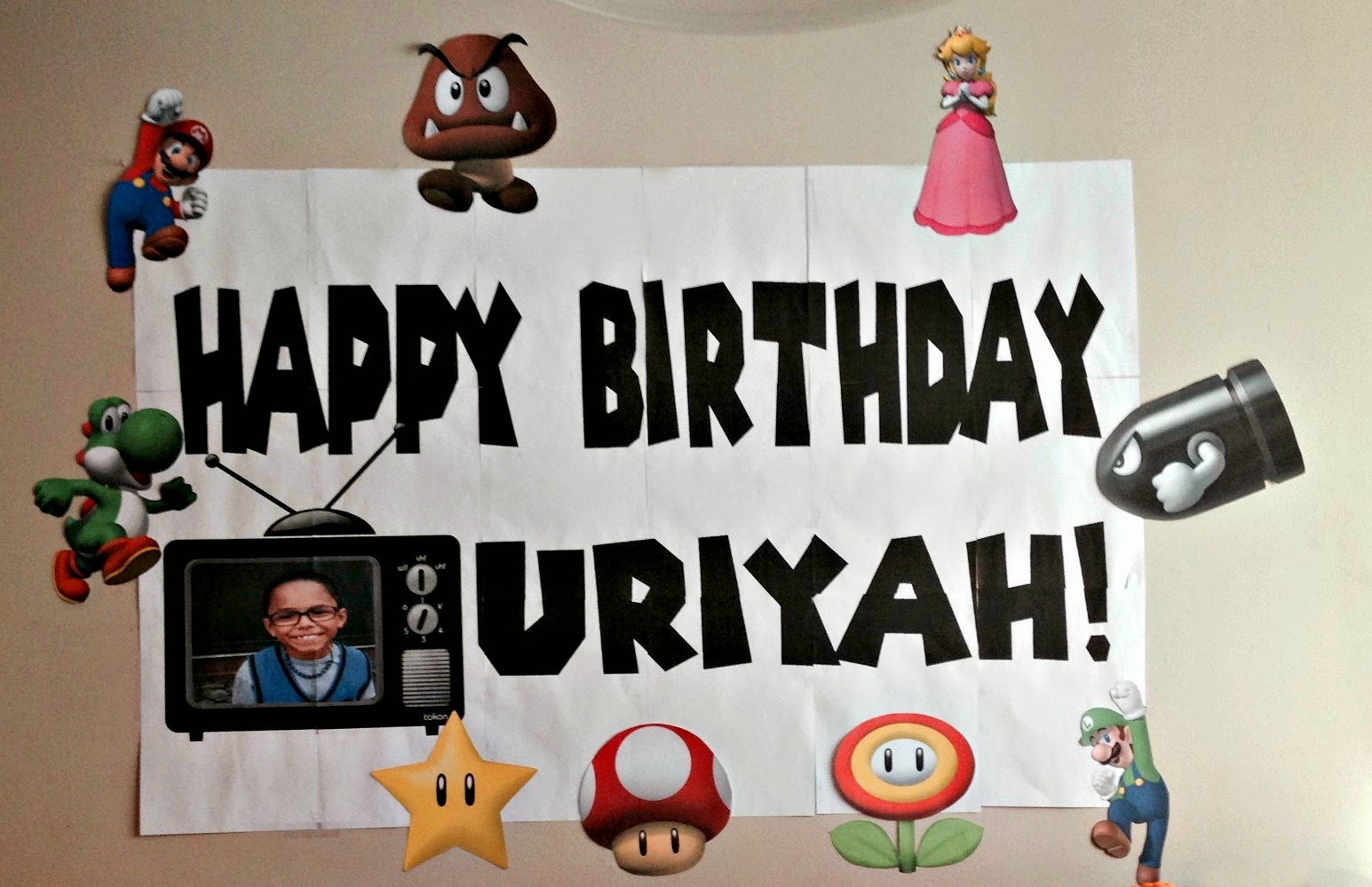 Next food! I wanted the food to be gamer themed. Pinterest had a lot of really cool ideas for themed food. I made place cards from a template in Microsoft Word and added the game images. We had a mixture of Minecraft & Nintendo themed food: 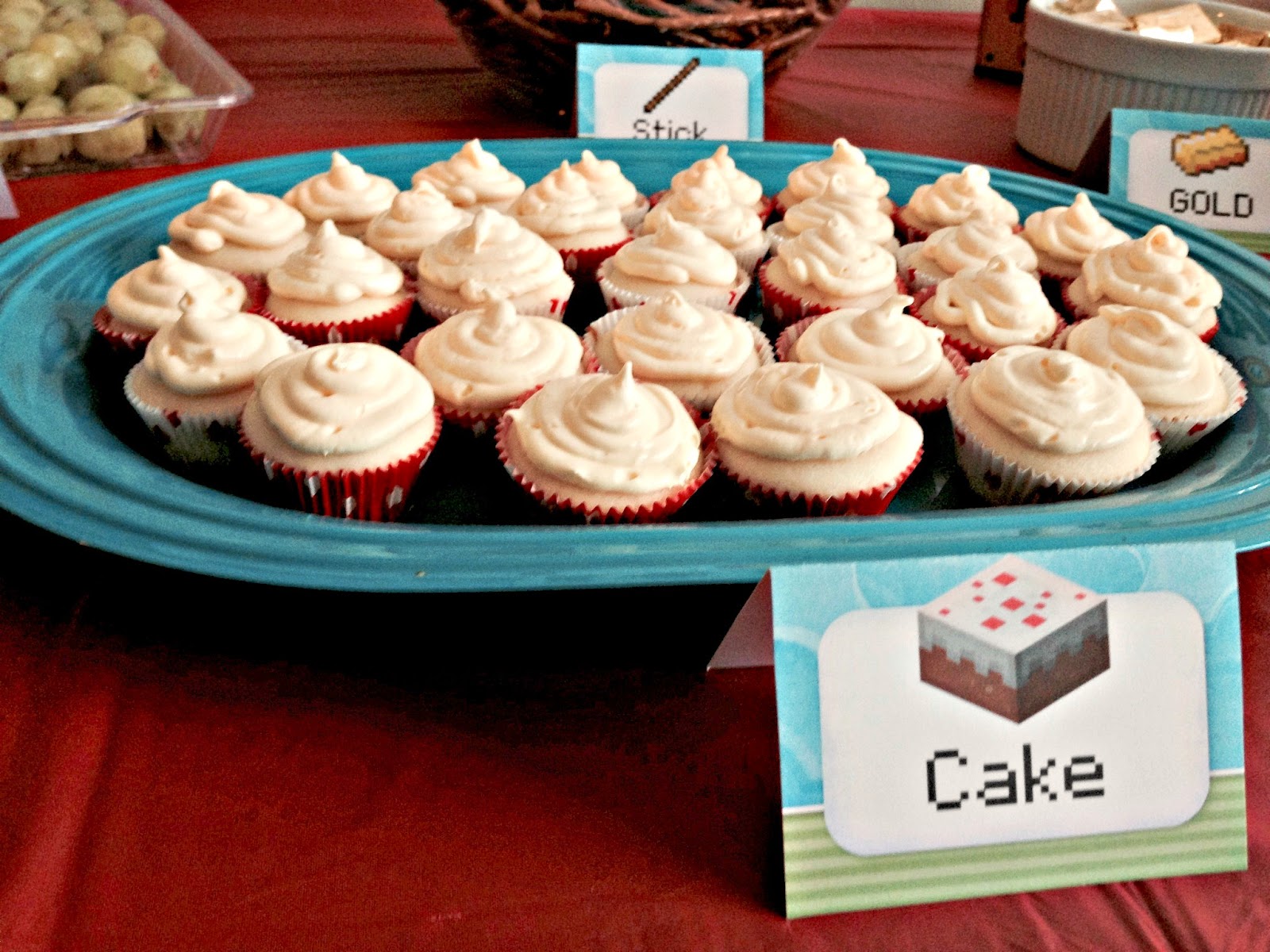 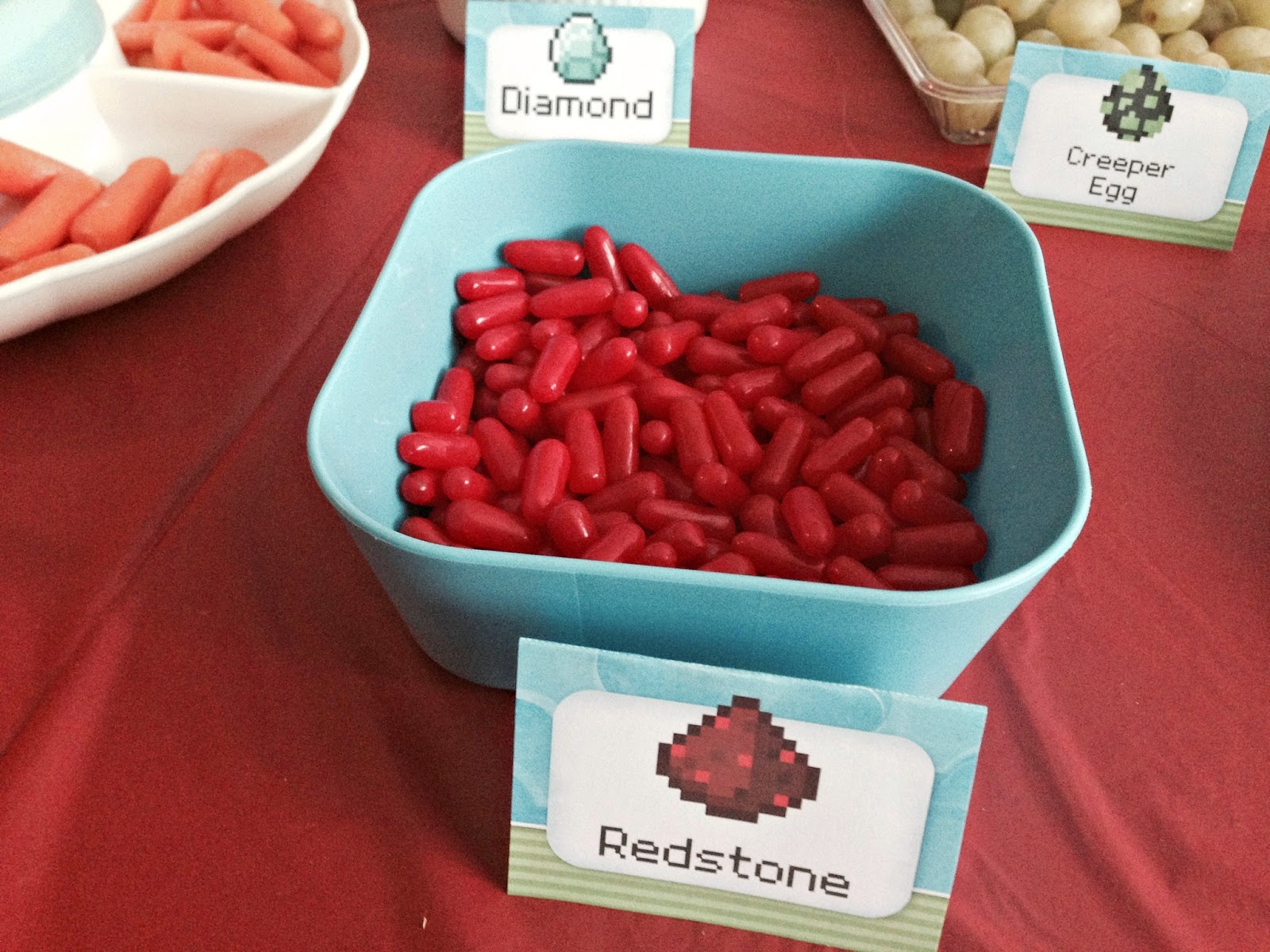 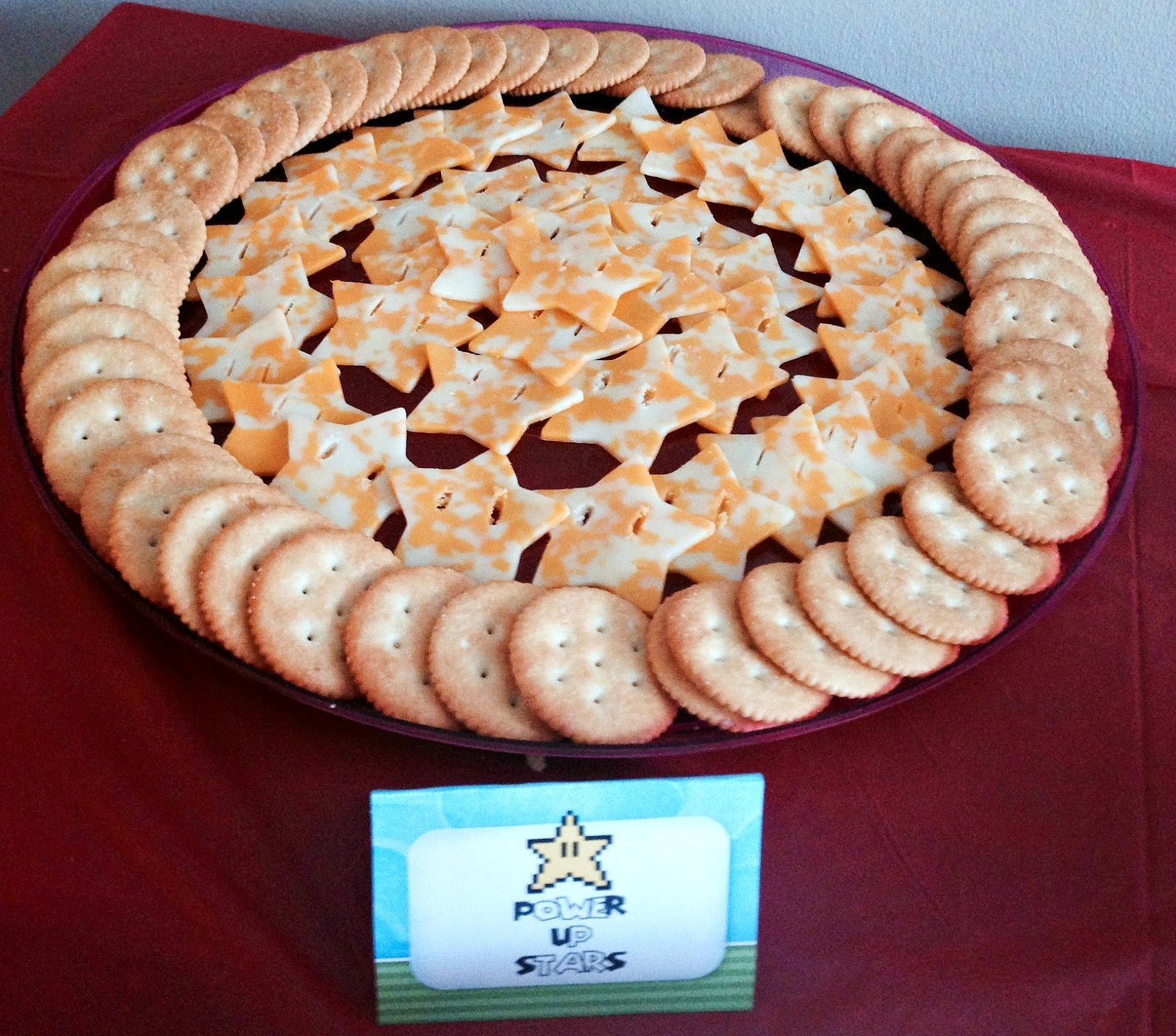 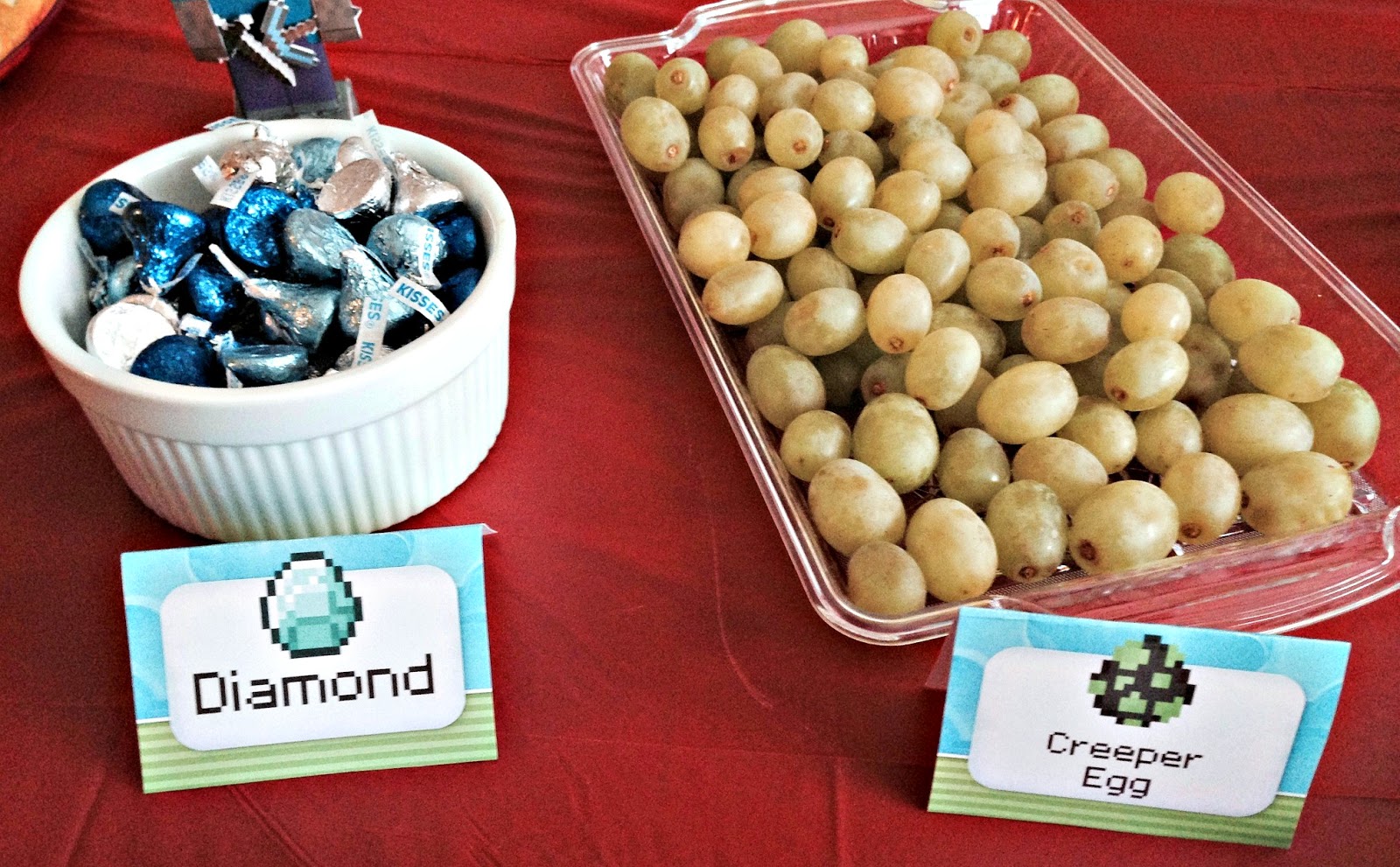 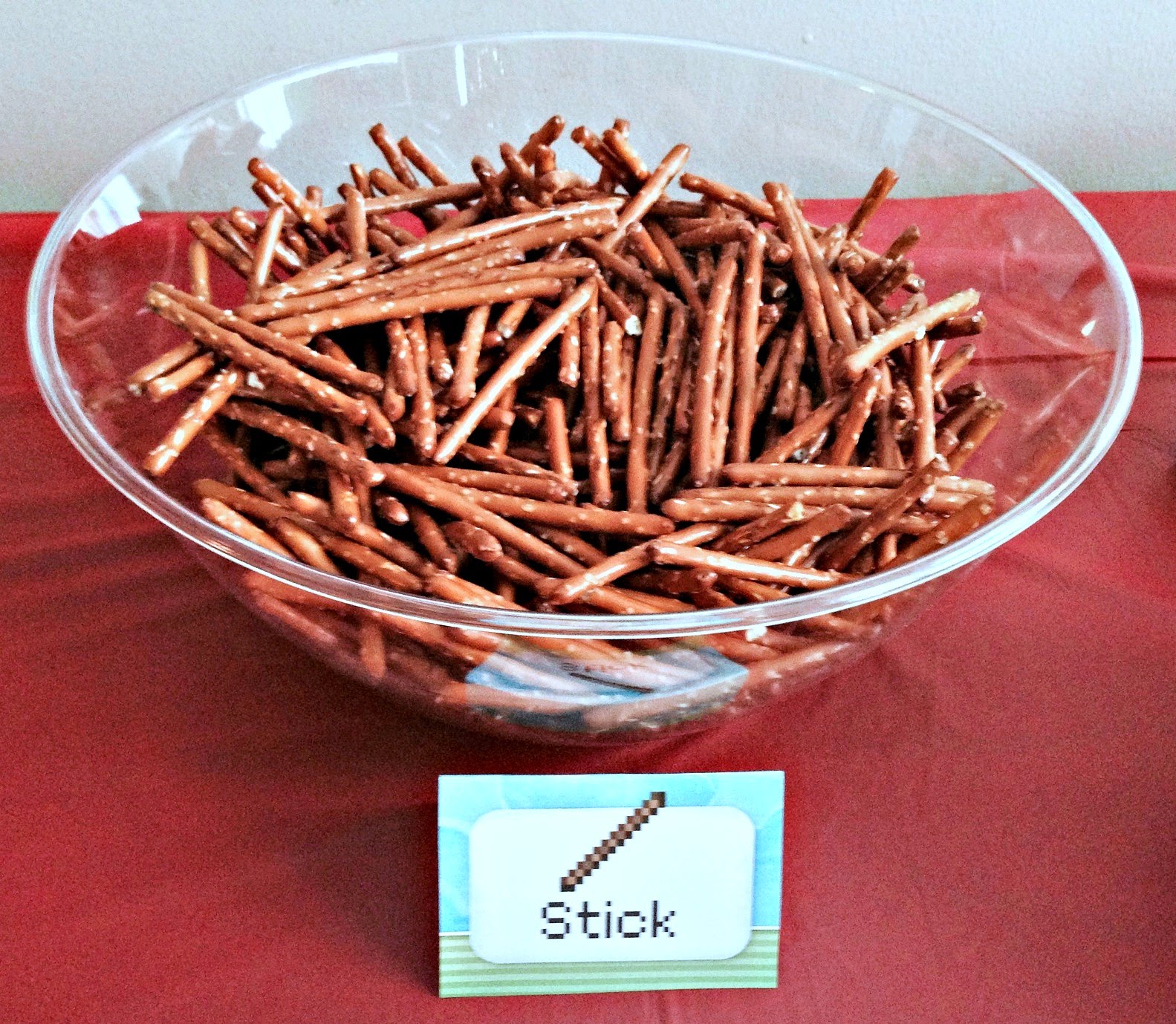 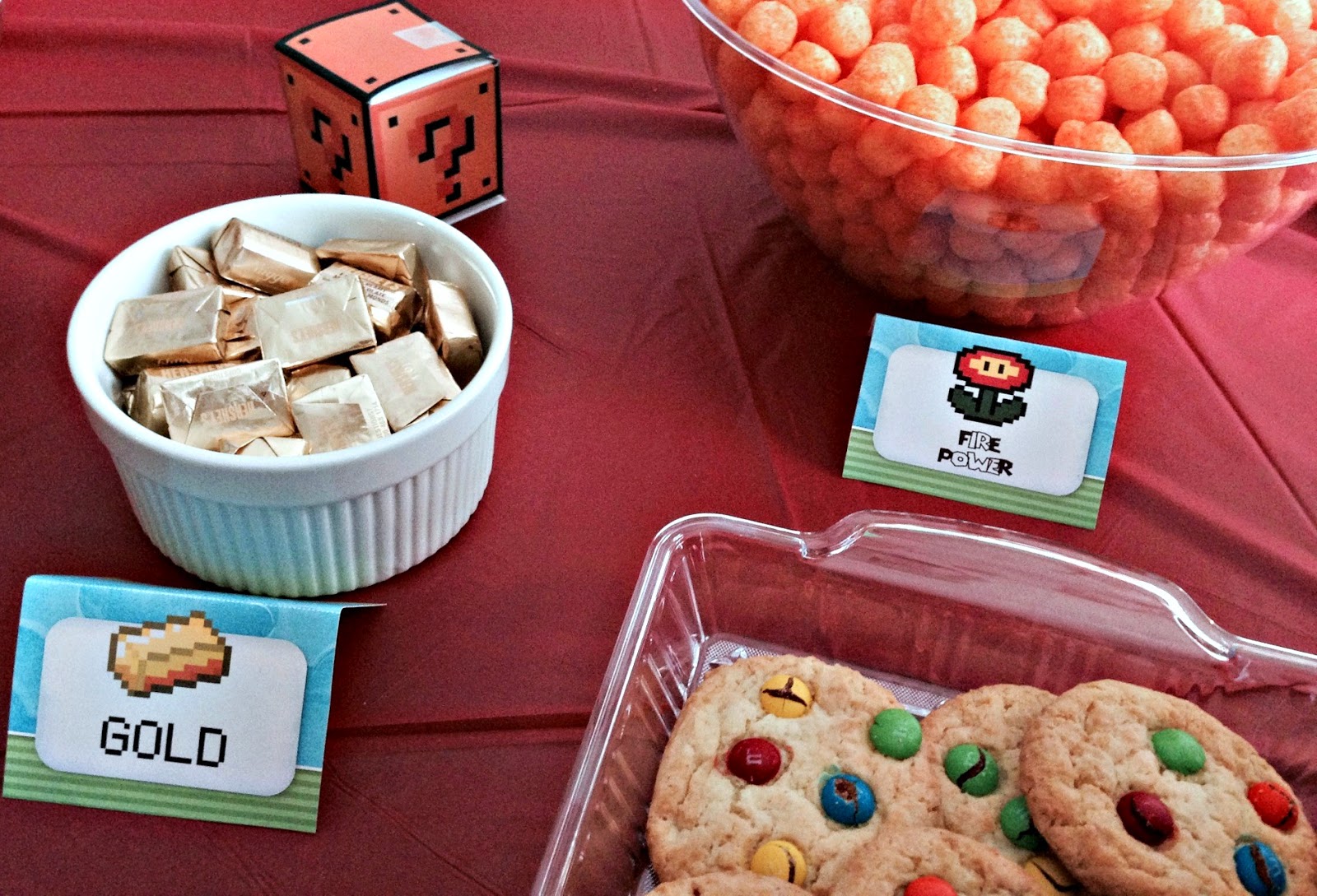 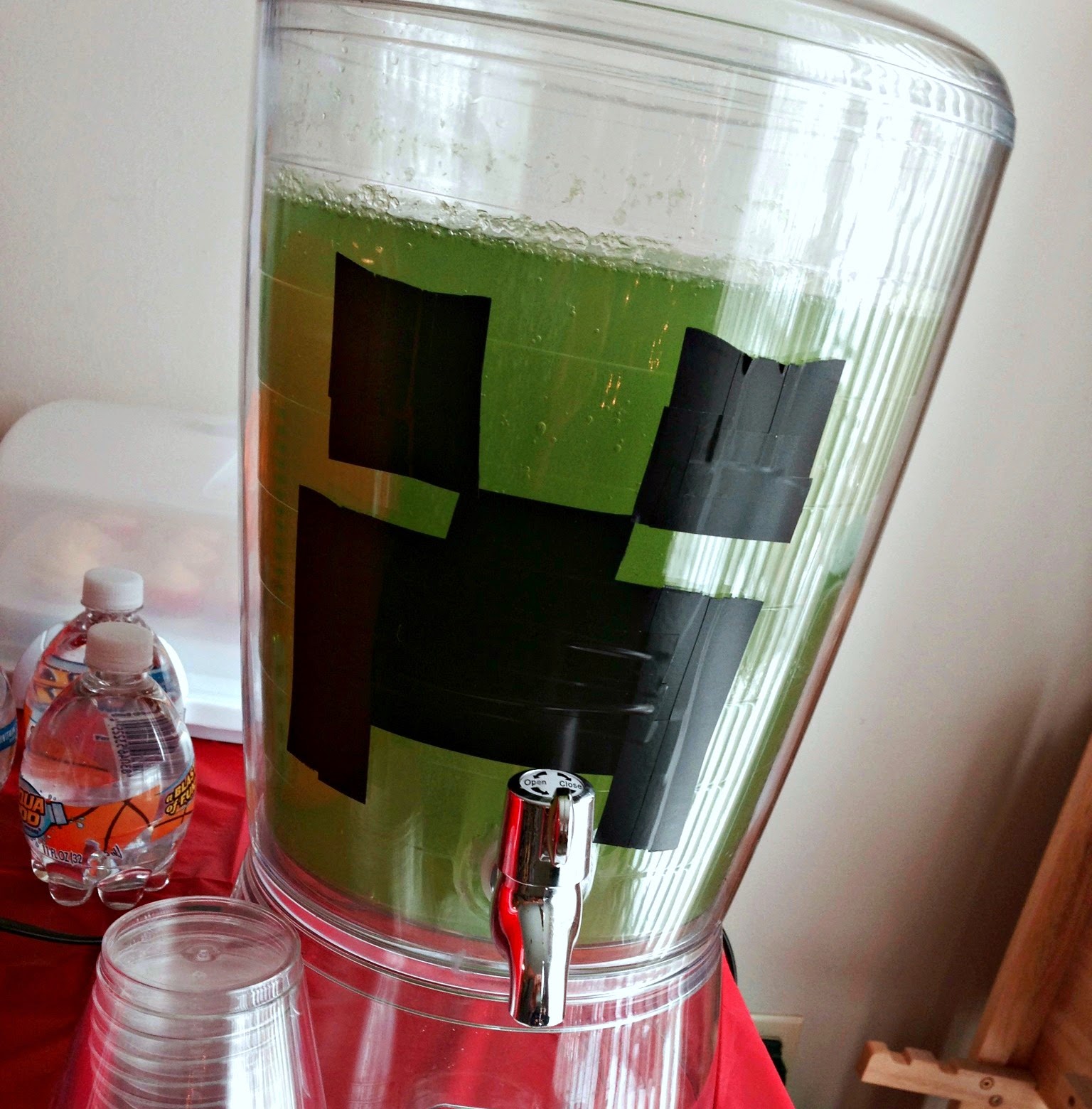 Gift bags! I made them from plain black tote bags at Michaels and a Minecraft creeper face printed on iron-on paper. For an added touch I included each boy's name. I filled them to the brim with stuff I snagged from the local Dollar Tree. These went over extremely well :) 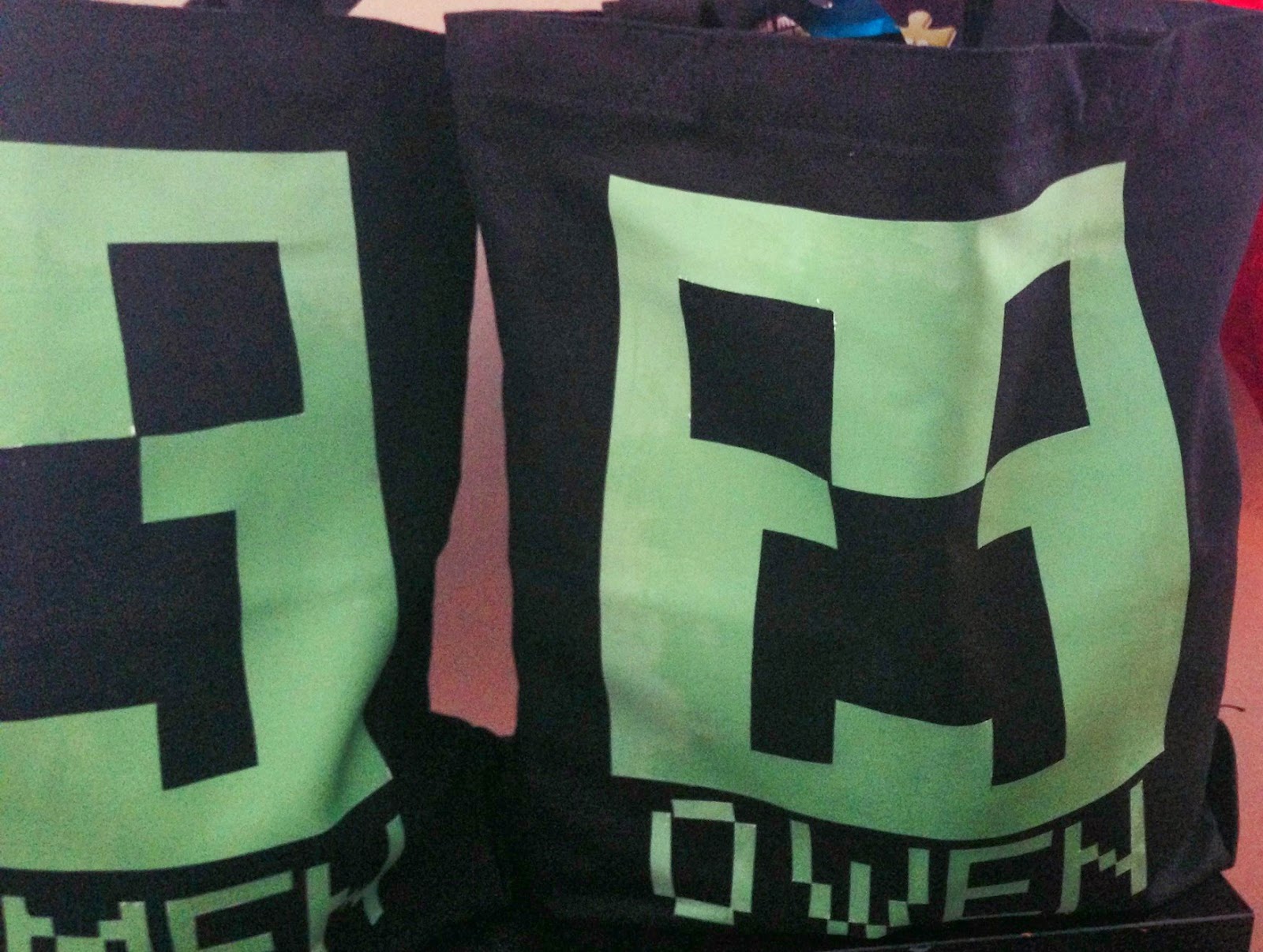 They boys took turns playing with all the technology in our house. Some boys played on the TV, some on the computer, and the rest played with our iPads. It was a fun time had by all! 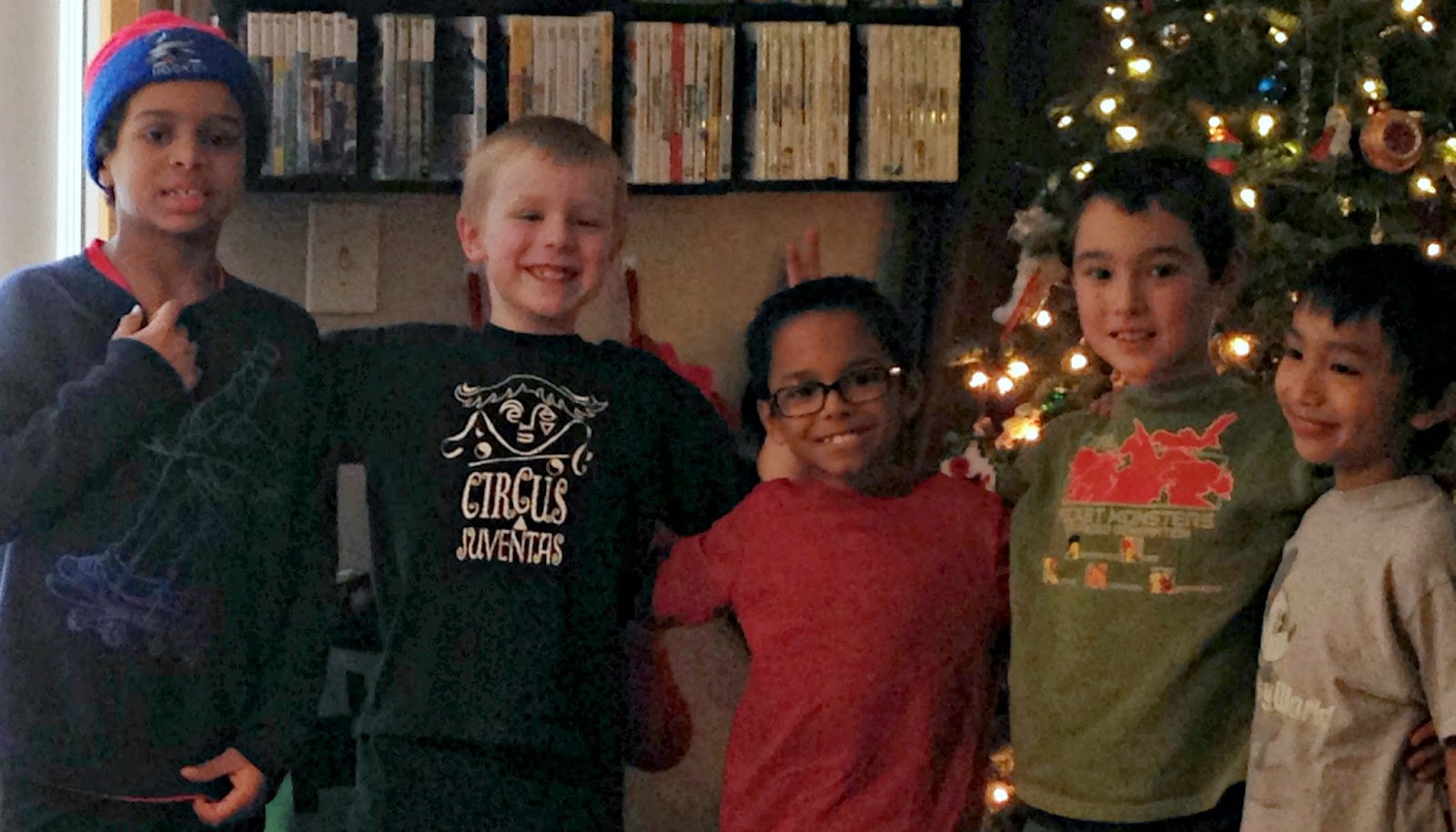