So I'm cutting it a little close this year but with the crazies this month has brought I have plenty of excuses for not getting these costumes done before now. Also in another "how Pinterest has changed my life" news brief, this years costume choosing went so much easier than in the past. I just whipped out my Costume & Dress Up board and had the kids pick what they wanted to be. So this year the kiddos are... 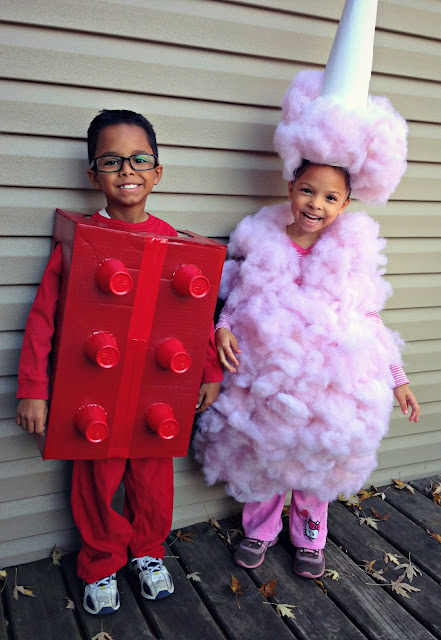 Uriyah's costume was the easiest to make as it's just a cardboard box, some cut down Solo cups and some glossy red spray paint. Aaliyah's on the other hand was more challenging but fun to make. Being that there are no instructions for this costume I just had to do some guessing. I first made a pillowcase dress out of muslin & installed an extra long zipper in the back so we could get her in and out easily. Then I dyed the dress & cotton fiberfill pink by using a 5 gallon Home Depot bucket and some RIT "petal pink" dye. Her cone hat is made from poster board that I rolled into a cone and hot glued in place. I punched holes near her ears and tied thin elastic to keep the hat on her head. Then the fun part... gluing all the fiberfill into place. Making sure I had rubber gloves on and was outdoors I used spray adhesive, first around the brim of the hat and then one small area at a time on the muslin dress until is was covered. 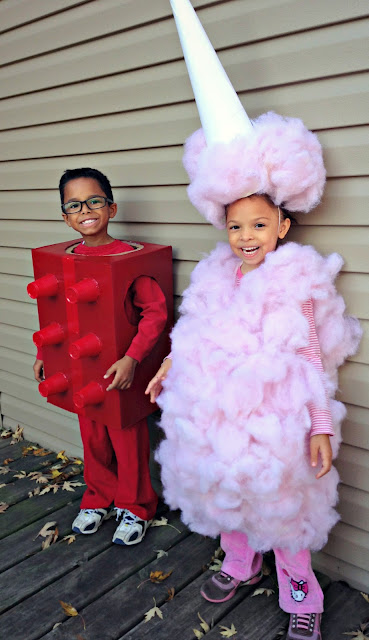 I still have some last minute touches to do. Uriyah would like some kind of hat (need to research that a little bit more) and Aaliyah needs to have some pieces of her cotton candy glued better in place... she has been molting all over the house. This should prove to be an interesting walk around the neighborhood come October 31st :) 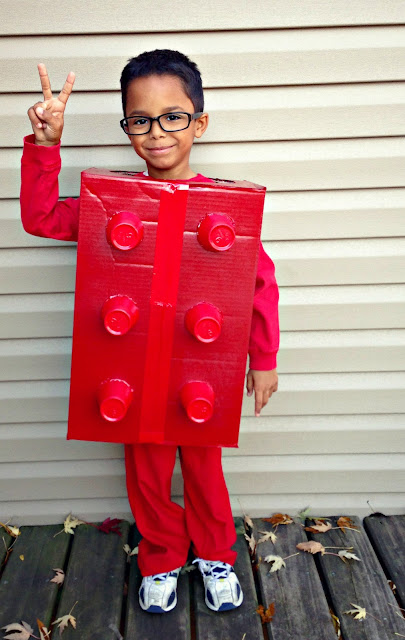 I still can't believe how well they turned out. It will be hard to outdo this next year. I look forward to the challenge. Happy Halloween everyone!!