It's that time of year again! I have been making my kid's Halloween costumes since they were born and every year it gets harder and harder to outdo the last. I knew I had it this year when I thought of the awesome idea of having the kids be open faced peanut butter and jelly bread slices. What would really seal the deal is when they hugged they would become a sandwich and how flipping cute is that! However when I brought it to Uriyah for approval he shut me down immediately. So I'll have to try again next year. For this year I present to you Aaliyah as a cupcake & Uriyah as a spiderweb. 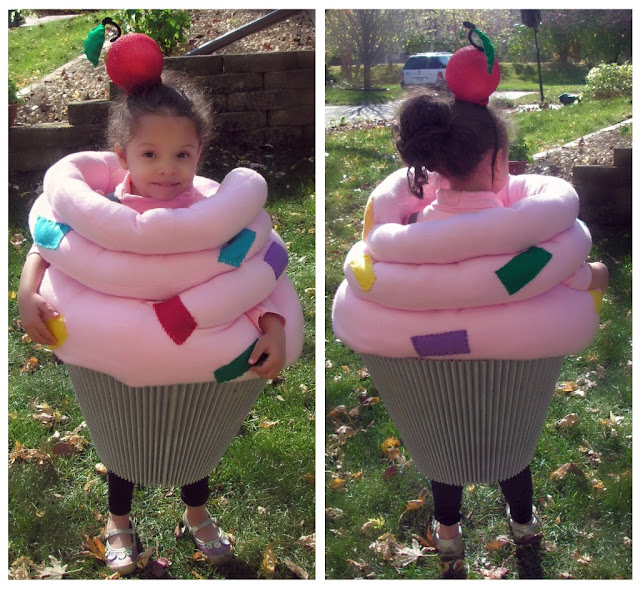 For Aaliyah's cupcake I used an old crinkle lampshade purchased from Goodwill that I spray painted silver metallic to represent the "tin foil" liner. I used grey webbing to make straps that rest on her shoulders to hold the liner up. The frosting is made from three pink fleece tubes that I sewed and stuffed with poly-fill. I placed the tubes in a circle one on top of the other and hand sewed them from the inside together leaving spaces for her arms. I then hand stitched felt "sprinkles" onto the pink fleece. The look is completed with a cherry on top. For this I took a Styrofoam ball, spray painted it red, made a stem with black pipe cleaner and attached a leaf made from green felt. The cherry is attached to a piece of felt that is sewed to an elastic headband. Isn't she adorable! 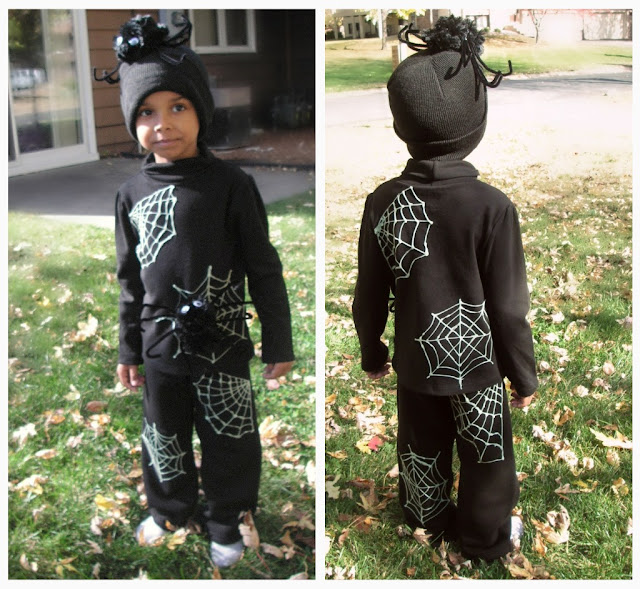 For Uriyah's spiderweb I purchased a black turtle neck, sweat pants & skull cap from Walmart (really cheap...I think $7.00 total). I used glow-in-the-dark fabric paint for the spider webs. I made two huge spiders by gluing two large pom poms together. The legs are made from black pipe cleaners. One of the spiders adorns his skull cap, attached with hot glue and the other one is hanging out on the front of his shirt, attached with two extra large safety pins.  He loves it and it was really fun to make.

So hopefully we will be able to make the PB & J sandwich a reality next year but with my kiddos you just never know! Happy Halloween to everyone!